This author has not yet filled in any details.
So far joycemedia has created 8 blog entries. 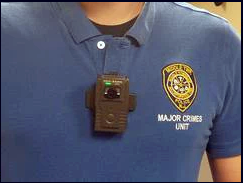 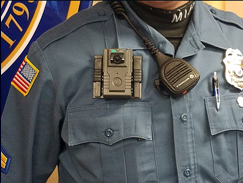 Starting on Friday January 13th, 2017, Middle Township Police officers will be wearing body worn cameras on patrol. In addition to having in-car video cameras in patrol vehicles, officers will be equipped with the WatchGuard Vista Wearable Body Camera. It functions as a camera and DVR combination to collect video and audio evidence.

The Middle Township Police Department’s use of body worn video camera technology will be valuable to accurately document events, actions, conditions and statements made during investigative stops, field interviews, arrests and critical incidents . The use of the body worn cameras will follow the guidelines issued by the New Jersey Attorney General and the Cape May County Prosecutor’s Office along with the policies set by the Middle Township Police Department.

According to Chief Christopher Leusner “The use of the Watch Guard body cameras will be another tool available to assist officers while performing their duties. Although it doesn’t capture everything the officer sees, it will be beneficial for court and document a clearer picture of what happened during an incident. The use of the cameras increase transparency and also provides an opportunity to capture the good work the police officers do on a daily basis.”

Welcome to WordPress. This is your first post. Edit or delete it, then start writing!