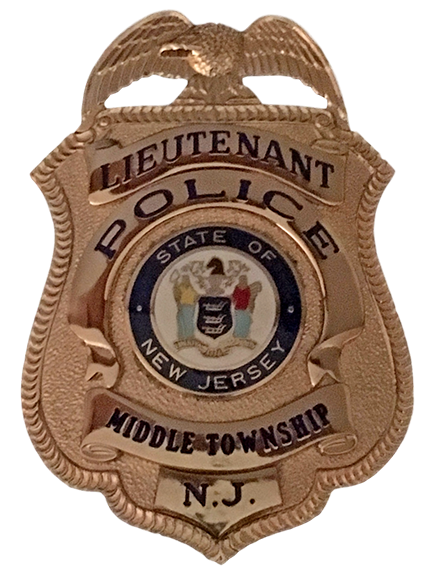 ​In July of 1998, Lieutenant Shepherd was hired by and transferred to the Middle Township Police Department where he started as a Patrolman. During his time as a Patrolman, he served assignments on the department’s SWAT Team, the Police Motorcycle Unit, the Honor Guard and the Street Crimes Unit. Lieutenant Shepherd also served three years as the Department’s representative to the Police Benevolent Association, Local 59. When the Cape May County SWAT Team was formed in 2006, Lieutenant Shepherd then served as member of this Team until 2008.   In 2008, he transferred from the SWAT Team and became a Police Scuba diver for the Middle Township Police Department’s Marine Search and Recovery Dive Team.

​In August, 2016, Lieutenant Shepherd was Promoted to his current rank of Lieutenant where he was assigned as the Operations Commander until November of 2020. In November of 2020, Lieutenant Shepherd was reassigned as an Administrative Lieutenant where his duties consist of Supervising the Major Crimes Unit and the Street Crimes Unit, Internal Affairs Investigator, reviewing all Investigations, Megan’s Law Liaison, assistant public information and social media officer, Bias Crime officer, Internship Coordinator, overseeing the evidence function, along with other functions falling within the administration branch of the department.